Pherecydes Pharma at a glance

Given this alarming situation, the development of alternative treatments, such as phage therapy, has become a top priority, especially since no new class of antibiotics has been approved since 19823.

Phage therapy, the treatment of resistant bacterial infections by phages, is emerging as a promising solution to the problem of antimicrobial resistance. Phages are natural viruses that exclusively target bacteria and are completely harmless to humans. Each phage targets a specific bacterial species to inject its DNA, reproduce itself, then destroy the bacteria and replicate this operation to the last existing bacteria. 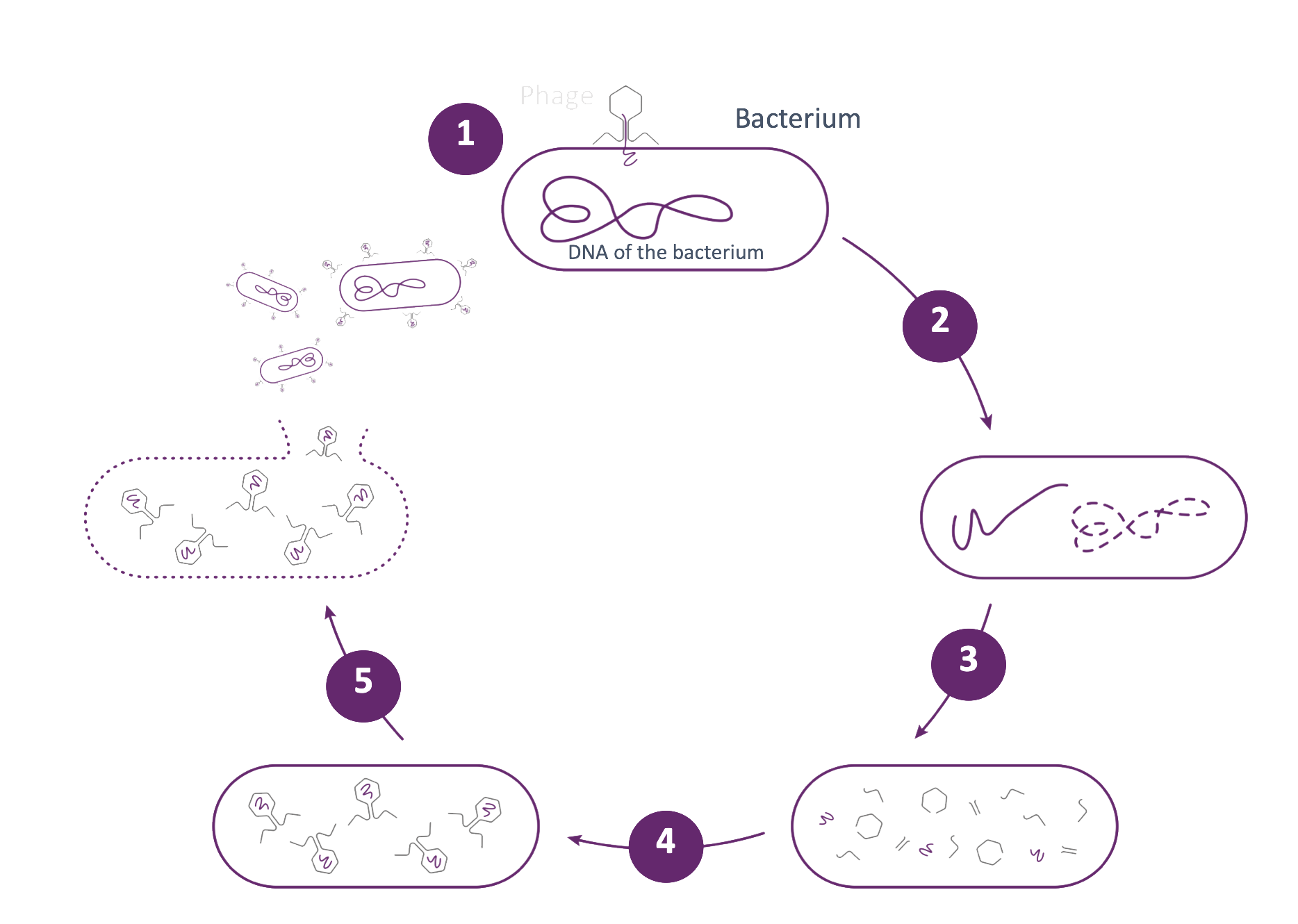 Pherecydes' innovative approach allows the screening and characterization of large quantities of phages to select only the most efficient ones on bacterial strains of interest. The most efficient phages are then isolated, characterized, tested and produced under controlled conditions.

Pherecydes Pharma has selected as priority targets for its phages three bacteria considered by the WHO as the most dangerous and in particular responsible for serious infections:

These three bacteria alone are responsible for more than two-thirds of hospital-acquired resistant infections in industrialized countries4 and represent a cost of $5 billion in Europe and the United States5.

To protect its discoveries, Pherecydes has a proactive intellectual property policy that covers phages, their variants and all associations including at least one of its phages.

Pherecydes has successfully applied its precision phage therapy in compassionate use under the supervision of the French National Agency for the Safety of Medicines (ANSM). To date, several dozens of patients have received treatments with Pherecydes' phages in prominent French hospitals. More than 7 different indications have been treated with the anti-Staphylococcus aureus and anti-Pseudomonas aeruginosa phages, including a majority of bone and joint infections on hip or knee prostheses. The excellent results observed in patients treated in this context have been the subject of several scientific publications and/or presentations at international congresses, the most recent publication being in the scientific journal Frontiers in Medicine last November6.

A highly de-risked development strategy based on the choice of priority indications, the success of compassionate treatments and the Phagogram

Pherecydes Pharma is planning to deploy its strategy around three priorities: